March 03, 2011
I have this Snickerdoodle recipe from The America's Test Kitchen Family Baking Book

, but I always felt like they were too flat.  Here is my rendition. 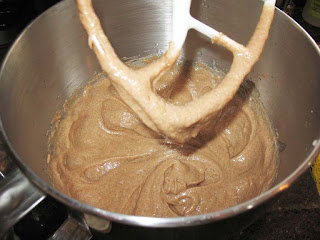 Then I threw in the dry ingredients and turned the mixer on and off to the "stir" setting in a pulsing fashion until it was mixed.  Turn it on full blast "stir" and you'll have a flour-covered kitchen.  Once it became dough, I rolled 1.75" balls and rolled them around in the sugar / cinnamon mixture.  Then I put them on my favorite cookie sheets 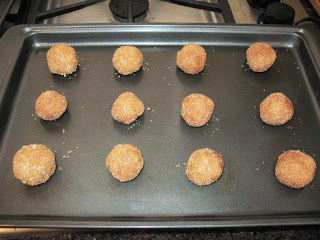 I baked them for 8-10 minutes, rotating the pan 180 degrees at the halfway point.  They were about 200-210F surface temperature (using my temperature gun

) and I let them cool on the cookie sheets for about 10 minutes before removing them with a spatula. 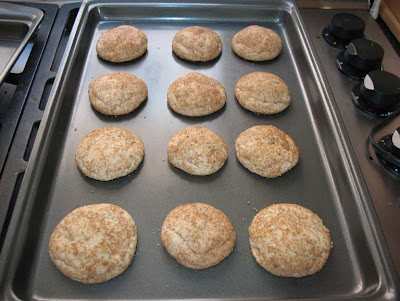 I was pretty happy with the end result. Usually I only take a bite of a cookie to make sure it tastes how I wanted it to taste, but I ended up eating an entire cookie.  Outside was crunchy, inside was soft, and the whole thing was oh-so-cinnadreamy.