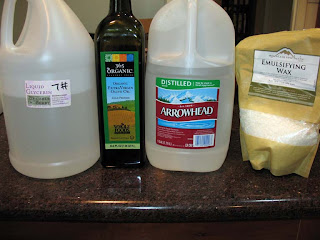 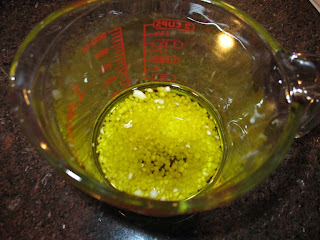 Then I microwaved this at 30 second intervals, stirring in between, until all the wax was melted.  In the meantime, I mixed the water and glycerin together. 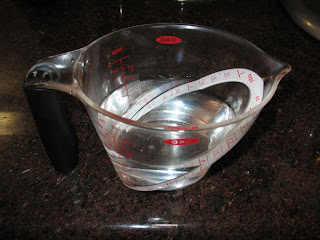 I microwaved this a little bit (for about 30 seconds) later, just so it would be warm when I poured it into the wax / oil mixture.


As I poured the water / glycerin mixture into the wax / oil mixture, I stirred with a small wire whisk. 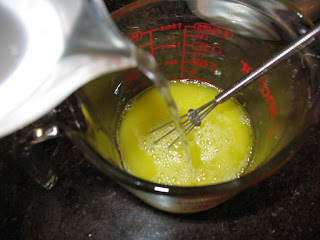 Once the mixture cooled, I poured it into a bottle. 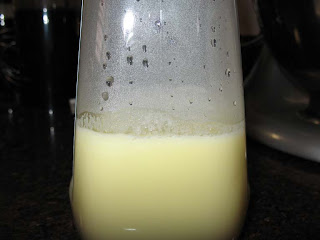 It separated a bit as it cooled, but I was able to mix it back up just by swirling it around in the bottle. Once it was cooled to room temperature, it did not separate again.

Because this has no preservatives, it should either be used fairly soon or kept refrigerated.  I've seen my preservative-free lotions go moldy before. Ta-dah, easy lotion. :) If I'm not being boring about it, I love to use this Blood Orange Olive Oil that I got from Sigona's Market in Palo Alto - it smells really awesome.