April 08, 2011
I am in love with Mexican hot chocolate and solid chocolate.  It's spicy and wonderful.  I bought some recently when I found it and I had to find out what the magical ingredients were that made it so delicious.  To my surprise, it was just sugar and cinnamon.  I was a tad disappointed.  I tried to make spiced truffles once, and I put all sorts of spices in them.  Chili, cayenne, cinnamon, nutmeg, cloves... It was too spicy for some of my co-workers.  I thought it was okay, but definitely not as exciting to me as Mexican chocolate.  So, now with the goal of doing something a bit more simple in terms of flavor, I decided to try an ode to Mexican chocolate, truffle-style.

As always I tempered the chocolate first. 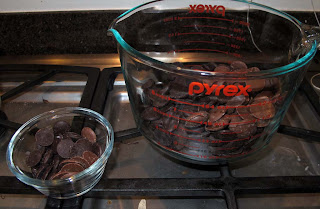 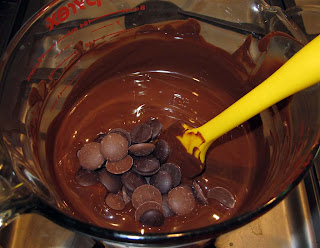 Works pretty well.
Then I heated the cream and glucose in the microwave until it was about 100F. 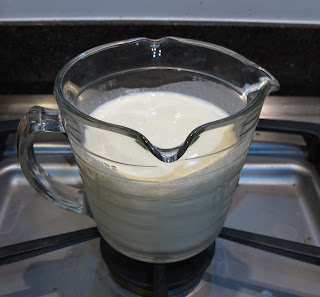 I took a little of the warm cream mixture and added it to the cinnamon, to make sure that the cinnamon would be incorporated and not clump up. 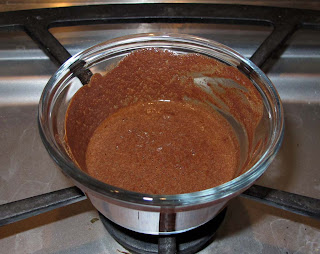 Then I added this cinnamon mixture back to the cream, and added the vanilla. 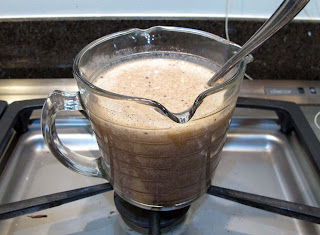 In the meantime, I heated the butter slightly until it was soft. You don't want it to be melted because that makes the truffles too heavy feeling (or so I've heard - I've always done it this way, so I don't actually know. I'm a good girl that follows best practices. ;D ). 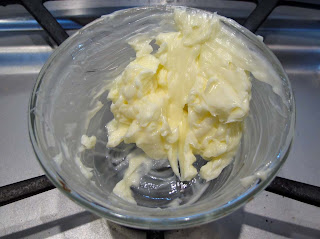 Once the cream had cooled to about 90F, I poured it in on top of the tempered chocolate. 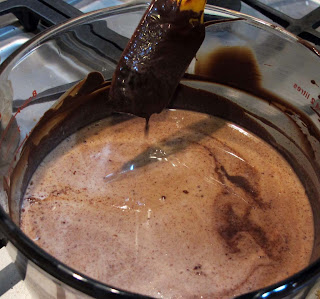 I stirred until it was nice and smooth before plopping in the butter. 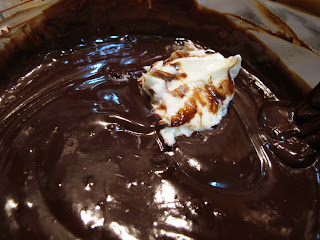 I used my immersion blender with whisk attachment to blend this in (to save my arm) until it was all smooth. 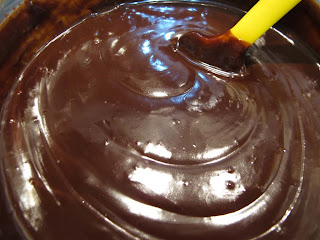 I covered it in plastic wrap and then let it sit overnight before rolling. 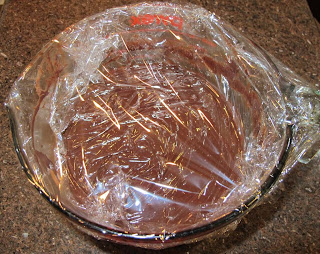 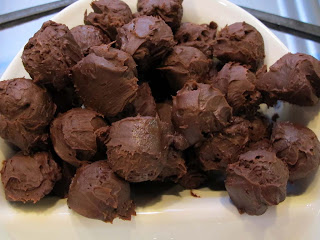 I rolled some of these in a mixture of cacao nibs, turbinado sugar, and chocolate flake. 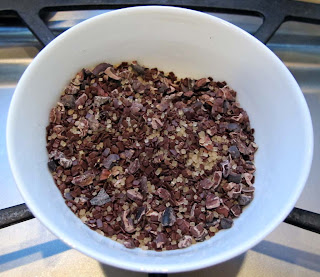 I noticed because the cacao nibs are so much larger than the turbinado sugar and chocolate flake, they tend to take over.  I had to roll them again in turbinado sugar so that the sugar could fill in the cracks.  They came out like this: 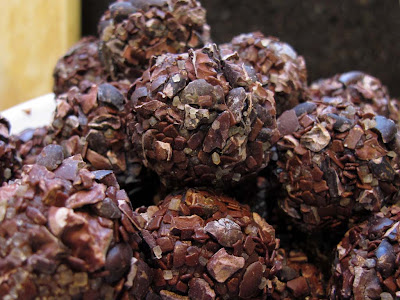 And as an added bonus, I have video for you of me rolling truffles!  How exciting!  Well, I guess it's exciting if you don't know what I mean by rolling truffles... Now you can see! :) You can also see how I rolled it additionally in the turbinado sugar again afterward.
Some I packaged just like this, for my mom to give to some of her friends, in a cute little 2-piece package. 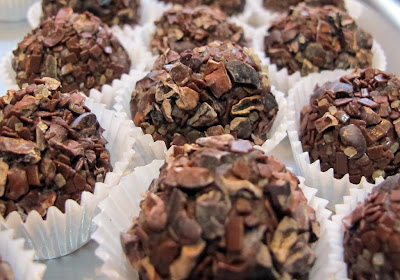 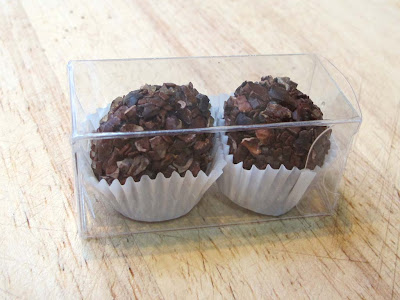 The rest of the truffles, I decided to go all the way, and dip them after rolling them in the cacao nib / sugar mixture, like I did to the Guinness Truffles.  I'm pretty much running out of ways to finish truffles, so I hope you don't get bored of the same ol' things... I used a 5:1 mix of the dark:milk Guittard chocolate to dip these. 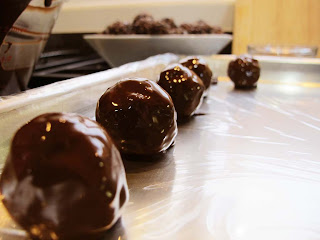 This week you get spoiled by not just one but TWO videos.  In this second video, I show you how I dip the truffles in chocolate with the spiral dipping utensil.
I sprinkled a little bit of cinnamon on some of these, for decoration. 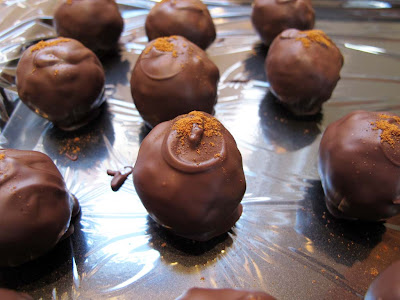 All lined up in their cute little cups... 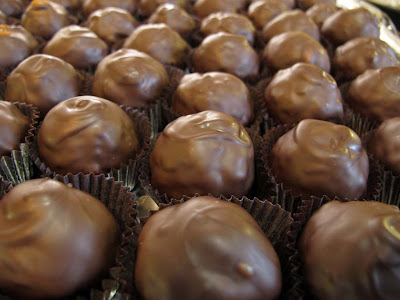 And lastly, a cut version.  You can see that one of the cacao nibs made a divot down the center of the truffle as the knife pushed down on it.