December 18, 2012
Okay, so I didn't expect this to come out so delicious.  I've made a version using low-fat milk, but a co-worker of mine is vegan and recently had dental surgery so I thought this would be a good time to make another entry. It's (almost) vegan because I forgot some vegans don't eat honey.  You can substitute all the sugar / honey for agave nectar or maple sugar or whatever other sugar you want to use.


I used this rice if you were curious. 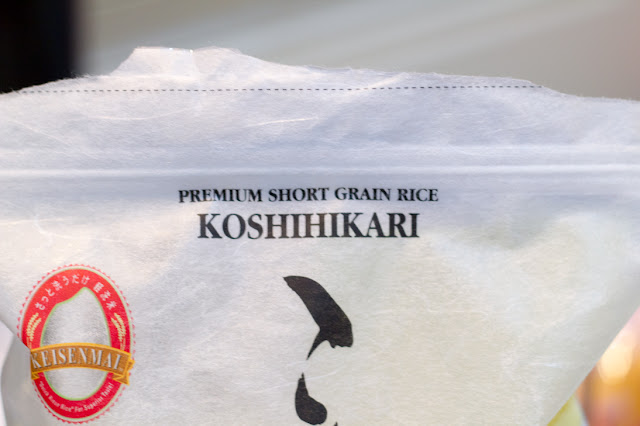 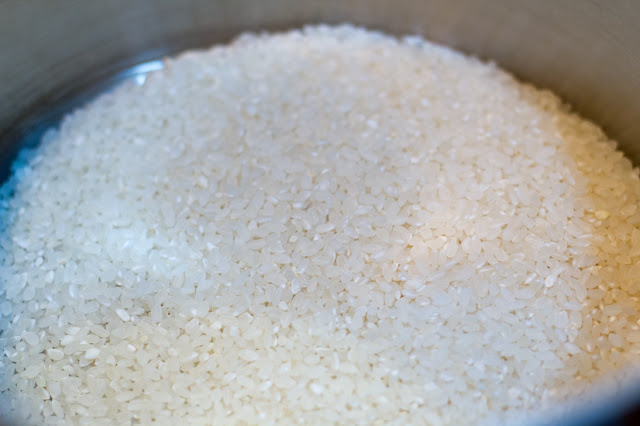 Rinse the rice a couple times in a 4 qt stockpot.  Then pour in all the other ingredients.  Originally this recipe was for 1/2 cup of rice and had less liquids, but I ended up putting a whole cup of rice and had to re-adjust.  Here's what it looks like with too much rice, half the liquids.  Please indulge me - I just got a new camera and lens and so I went a little photo crazy. 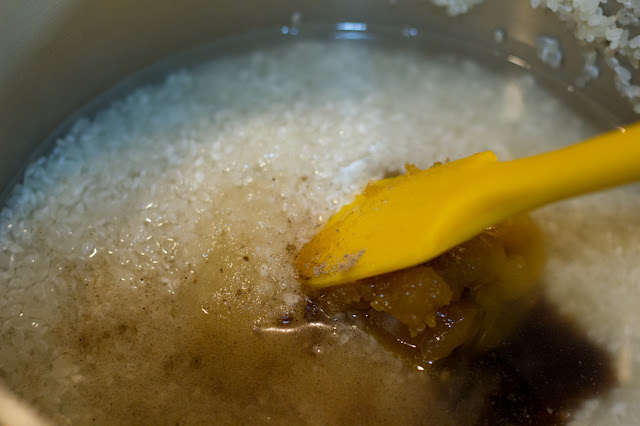 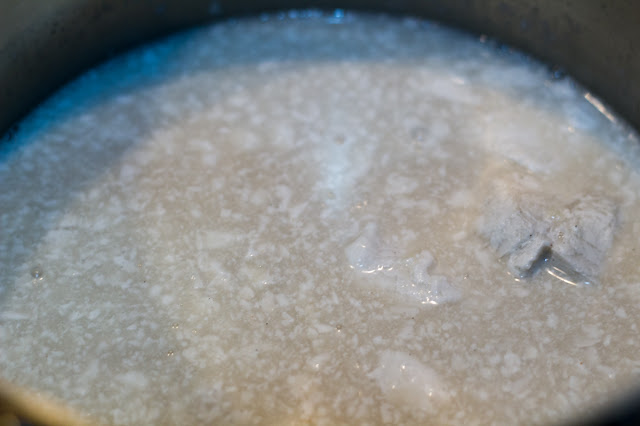 I let this simmer with the lid off-kilter for probably about 20 minutes before I realized there wasn't enough liquid and then added more.  I let it simmer for another 15 minutes after adding additional liquids (don't worry, the recipe I documented is the final one). 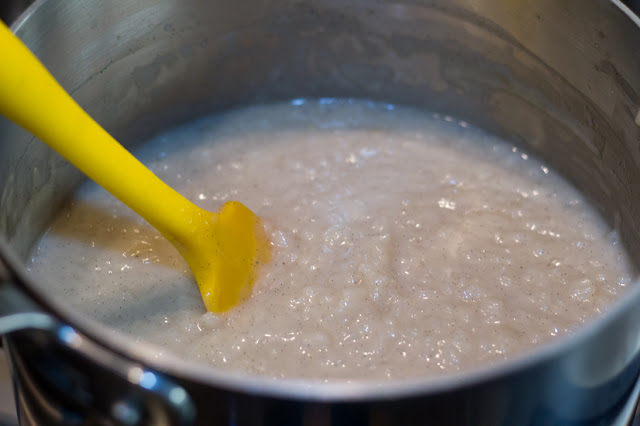 In a storage container to cool... 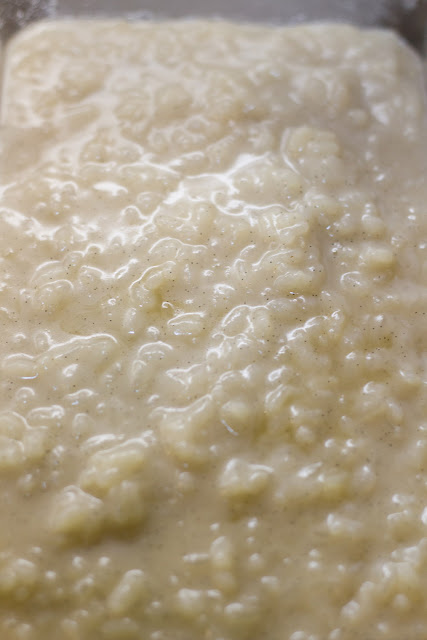